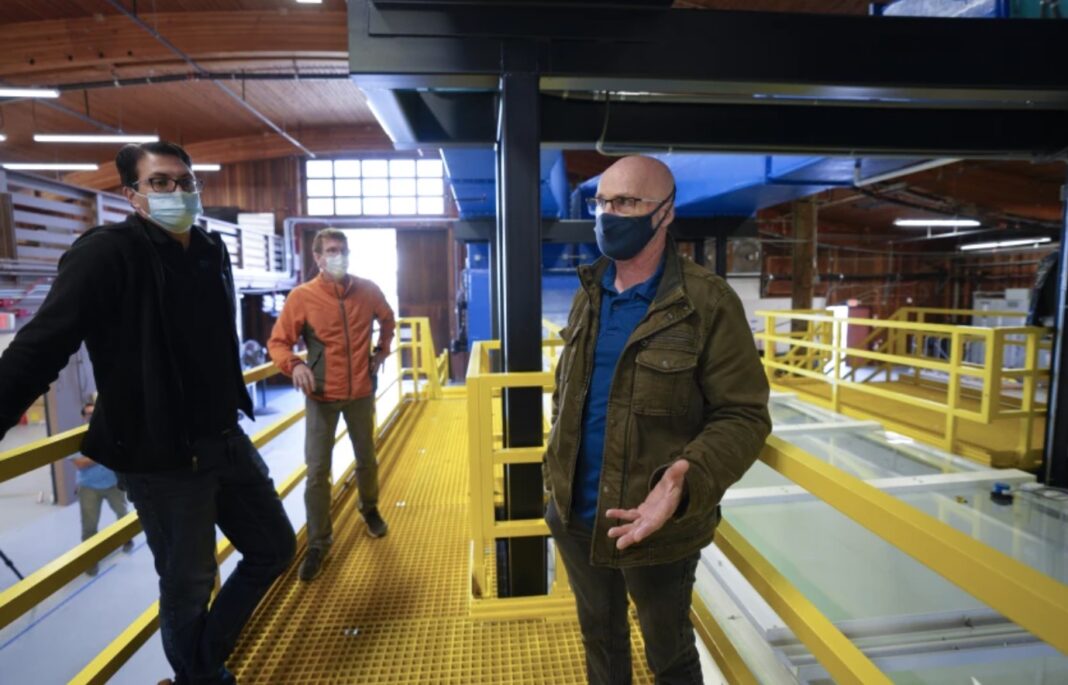 The Scripps Institution of Oceanography at the University of California, San Diego, has completed the construction of the Scripps Ocean Atmosphere Research Simulator (SOARS), a new miniature ocean that will help scientists learn about the future effects of climate change on oceans and the atmosphere.

The ocean covers about 75% of the Earth’s surface, so it’s a no-brainer to use it to help overcome global warming. Scientists at Scripps expect SOARS to answer some of their questions about climate change, such as: how will rising levels of the greenhouse gas carbon dioxide in the air affect ocean organisms? Can clouds be created to keep the planet cool and many, many more.